The crisis in the Humanities: a matter of numbers 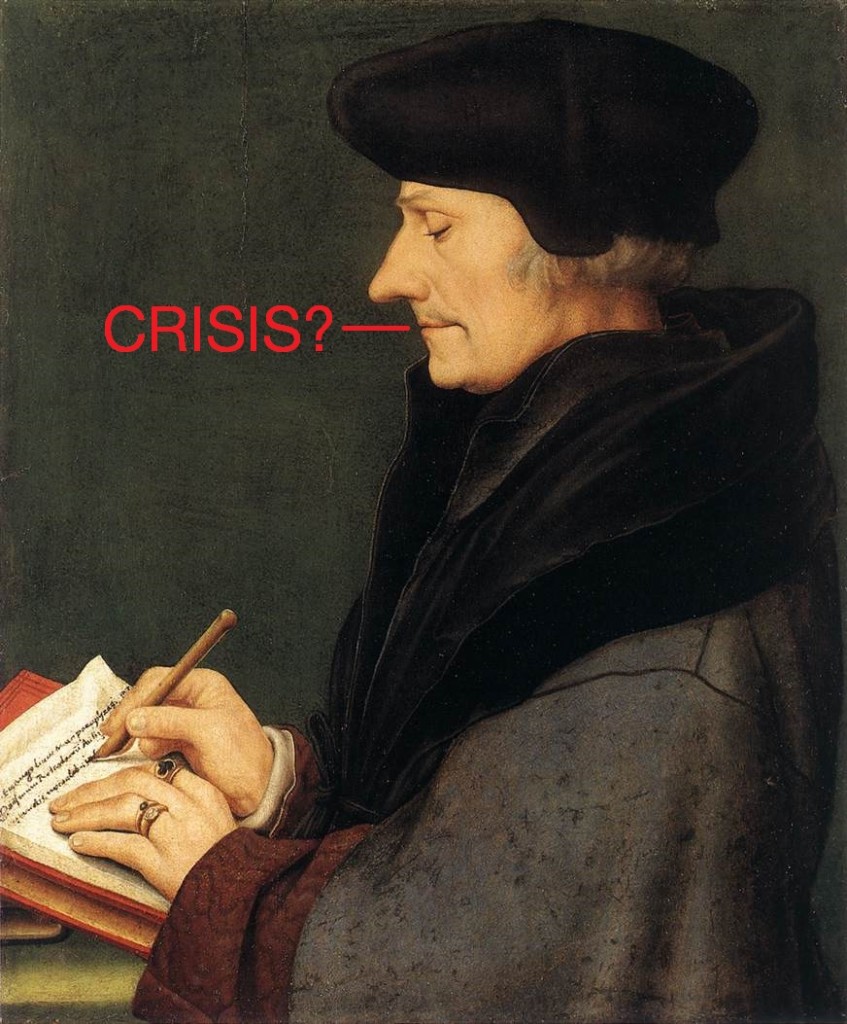 Welcome to the first publication of SIRIS Lab. Interested in the narrative of decline existing within the Humanities, José Luis Mateos has been trying to determine the scope of the crisis. In the following post he offers his views on the topic, highlighting how statistics play a major role in assessing the phenomenon.

The Humanities are in crisis, or at least that is what some voices have been claiming recently. But this story is hardly new. Back in 1964, J. H. Plumb published The Crisis in the Humanities, a volume exclusively devoted to the topic, in which the author encouraged British Academia to revisit humanistic approaches in order to “adapt themselves to the needs of a society dominated by science and technology” (pp. 8-9). In the 1970s and 1980s, Spanish scholar Francisco Rodríguez Adrados put forward similar ideas, claiming that the problem lay not with the Humanities themselves, but with policy-makers, who were purging the Humanities from all levels of education. Later, at the beginning of the 1990s, George Steiner published his thought-provoking study The Humanities—At Twilight, pointing to the stagnant situation of humanistic disciplines and our society’s unavoidable tendency to vulgarise culture (c.f. Wolin 2011).

Years have passed and despite the fact the world has changed massively since Plumb’s time, a certain Spenglerian narrative of decline within the Humanities has persisted. The latest evidence to support this trend comes from two reports released by Harvard University and the American Academy of Arts and Sciences (AAAS), both addressed to US policy-makers and university governments. The reports focus on the role of the Humanities in the US not only in higher education and research, but also in society in a broader sense, in addition to emphasising the halcyon days of American liberal arts that are irrevocably gone. In fact, both texts seem to follow a strategy aimed at institutional crystallisation of the ideas put forward by Liz Coleman in a TED talk filmed on February 2009. Coleman describes an educational scenario that is increasingly narrowing its focus to expertise and vocational courses, all at the expense of a lateral-thinking education, supposedly sustained by the Humanities. However, her qualitative approach to the state of the Humanities, like the ones taken by the authors above, is not enough to properly assess their so-called decline. Policy-makers need a more quantitative approach, and that is what Harvard University and the American Academy of Arts and Sciences have given them.

A matter of numbers

Harvard’s Division of Arts and Humanities has spoken: fewer and fewer undergraduate students are majoring in humanistic disciplines. According to the Division, this is the most dramatic indicator of decay in the Humanities, as freshmen and sophomores are the main focus of American liberal arts colleges. Using the late 1960s as a benchmark, Harvard University has stated that “Bachelor’s degree completions in the Humanities halved nationwide, falling from 14% to 7% of all degrees taken”. In Harvard alone, “the percentage of Humanities concentrators fell over the last 60 years from 24 to 17”.

According to Harvard, this drop in enrolment in the Humanities is due to the fact that humanistic degrees do not guarantee jobs after graduation. Jennifer Levitz and Douglas Belkin wrote in a Wall Street Journal article that the unemployment rate has reached nearly 10% among recent Humanities graduates –by comparison, elementary education graduates were unemployed at a rate of 5%, and chemistry graduates were at 5.8%. Added to this reasonable amount of uncertainty is the great frustration of graduates that were presumed to be the “golden generation”. The 1989 Bowen Report, a good example of the highly optimistic and confident outlook in the early 1990s, pointed out that “prospective graduate students would find ‘a substantial excess demand for faculty in the arts and sciences’ when they earned their degrees in the mid-1990s” (c.f. Conn 2010), yet this was not the case. Nevertheless, this situation is not just a problem for the Humanities. As Peter Conn asserts, “full-time tenured and tenure-track jobs in the Humanities are endangered”, suggesting a problem in the academic job market in general.

On the other hand, some voices have contested the statistics presented in the two reports. They claim that they are a bit dubious and that despite a possible feeling of uncertainty and frustration among potential freshmen, enrolment numbers are not being affected, or at least not enough to raise alarm.

In that sense, David Silbey remarks that the statistics presented by Harvard and the American Academy’s Humanities indicators “never quite reinforce the point that something terrible is going on in the humanities right now”. In fact, the great collapse of enrolment in the Humanities happened in the 1970s, as seen in Chart 1. Michael Bérubé states this very clearly: “It happened almost entirely between 1970 and 1980. It is old news. Students are not ‘now making the jump’ to other fields, and it is not ‘getting worse.’” (c.f. Bérubé 2013)

Silbey points out that the chart overstates the drop in enrolment in the Humanities because it only takes English, History, Languages and Philosophy into account (Chart 2). These four majors that formed the vast majority of all Humanities degrees in the late 1940s do not include all the new studies that have emerged in the Humanities over the last 50 years. This overestimation is not just anecdotal: Peter Conn also takes the percentage of students majoring in English as an indicator to prove the so-called decline of the Humanities. Moreover, the statistical denominator “percentage of Bachelor’s degrees” is dubious as well. This denominator does not consider the huge changes that universities have undergone in the US (and worldwide), such as the mushrooming of degrees in Information Technology, Computer Science and Business. If the denominator is extended to the whole college-age population, then the percentage of students majoring in the Humanities is greater than it was in the 1950s or the 1980s (Chart 3).

On the other hand, as Scott Saul remarks, the so-called crisis of the Humanities is indeed affecting the Ivy League, which is why the media is raising alarm. Cornell History majors dropped a frightening 49% between 2006 and 2011. At Yale, the number has plummeted more than 60% during the last 10 years. At Stanford and Harvard, the figures are equally terrifying. Nonetheless, outside the elite private schools, the Humanities are still standing, especially those that attract a wider demographic of students. At the University of California, Berkeley, one out of eight college students has majored in the Humanities over the last twenty years.

The figures forwarded above can lead to a conclusion quite different from the presented by Harvard and AAAS reports, at least in terms of potential humanists that enroll in humanistic degrees.*

Yet is there are justification for the claims that there is a crisis in the Humanities? It seems that the ideas put forward by Coleman about courses falling into the silo syndrome are real and business programs were a very good example of that (Iñiguez de Ozoño 2011). But as Zimmerman once sang, “the times they are a-changin’”. Take for instance the executive MBA programme launched jointly by IE Business School and Brown University, which makes Humanities a core part of the programme, endeavouring to develop open-minded and well-rounded graduates. Therefore, the so-called crisis in the Humanities is not at all evident and they are under no threat whatsoever. My opinion is that those who claim the Humanities are in steep decline are mistaken about the threat: what is threatening is the current status quo. But that is a different kettle of fish.

Bérubé, Michael 2013, ‘The Humanities, Declining? Not According to the Numbers’, The Chronicle of Higher Eduacation 1 July. Available from: <http://chronicle.com/article/The-Humanities-Declining-Not/140093/> [18 July 2013].

Conn, Peter 2010, ‘We Need to Acknowledge the Realities of Employment in the Humanities’, The Chronicle of Higher Education 4 April. Available  from: <http://chronicle.com/article/We-Need-to-Acknowledge-the/64885/> [1 August 2013].