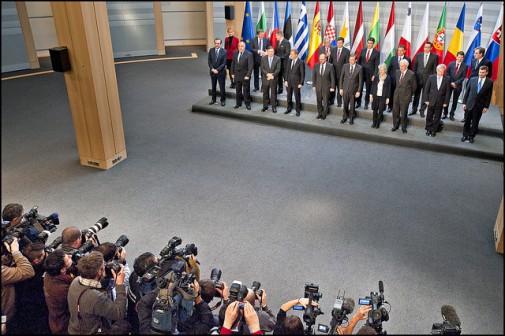 In this post we will identify some financial tools that the European Union provides to entities and citizens of Member States in order to help to create a Europe based on equity, technological progress and of course sustainability, among other things. In line with our approach, we are going to focus on the reason that can inspire European Universities to join this plan and to use those tools.

Cohesion Policy: one more chance to get funding from the EU

In terms of its plurality and scope, the Cohesion Policy (CP) has been and remains an incomparable model of development and integration. It is a hugely complex plan where the European Union invests more than 30% of its budget[1]. Looking under the big Cohesion Policy umbrella, we see three type of funds: the European Regional Development Fund (ERDF), which provides support for the creation of infrastructure and productive job-creating investment, mainly for businesses; the European Social Fund (ESF), which helps to integrate the unemployed and disadvantaged sections of the population into the job market, mainly by funding training measures; and the Cohesion Fund (CF), which is aimed at member states with a Gross National Income (GNI) of less than 90% of the EU average.

The CF, ESF and ERDF are all addressed mainly to less prosperous regions, but especially the European Regional Development Fundcan serve as a remarkable tool for fostering growth, promoting innovation and driving internationalisation among several public and private entities, and of course universities.

Although academies took advantage of the Framework Programmes for Research and Technological Development, better known as the Framework Programmes (FP), to promote ad hoc an European Research Area (ERA), in some regions the world of research received remarkable support from the ERDF, mostly over the last six years. To discover the reasons for this shift, it is crucial to meticulously retrace the evidence of the context that drove and will drive many European universities to look at the Cohesion Policy as way to plan and design research and teaching.

Across Europe, there is another way

A big change occurred with the emergence of the financial crisis of 2008, which led to the reshaping of state budgets for Higher Education Institutions. After that, many universities forced themselves to diversify tasks and to plan to receive other resources in order to preserve the quality of the research and the courses offered.

In fact, as reported by the European University Association[2], between 2008 and 2013, many European Countries drastically restructured resources allocated to the academies. 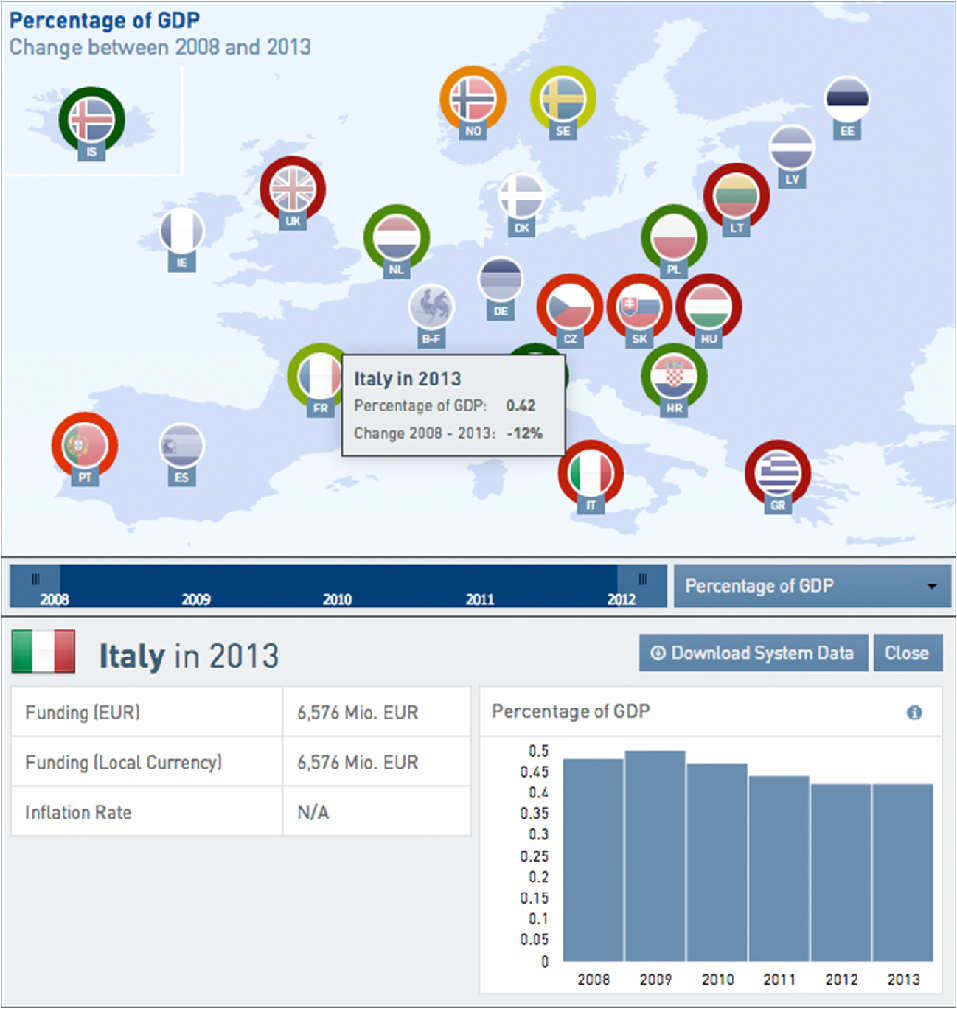 (Click on the image to see the complete visualization.)
Source: European University Association, 2014.

In addition, some Member States started to streamline the funds along a kind of award process. The idea is to confer distinctions upon Higher Education Institutions, which can then find funds and implement projects independently of national resources. Therefore, during the allocation of narrow national budgets, universities that can carry out their activities without burdening the state treasury (by using European funds, for example) will receive a larger amount. So if using EU funds is a positive solution for implementing research fields independently, it becomes twice as favourable in this case.

A savvy continent must be innovative everywhere

Furthermore, while some universities started to use the ERDF, the opposite is also true. What we mean here is that in order to meet the needs of an increasingly savvy society, where science transfer and innovation are part and parcel of the daily life of an increasing number of SMEs, start-ups and sustainable development policies led by Governments, it is obvious that budget items must be allocated for activities related to research and Higher Education. What we are saying appears quite clear if we glance at the main priorities promoted by the European Regional Development Fund Operational Programme:

So, with no questions about fostering growth, science research cannot be limited only to the first priority, as it is inherent in nearly all topics .

When sketching out the Cohesion Policy, it is almost impossible not to stumble over a key element that is at the basis of the idea of academia, the one of internationalisation[3]. Indeed, Europe needs integration among citizens but overall it needs integration among institutions and entities, and to promote this, the EU supports universities that run territorial cooperation projects. Over the last six years, the European Union has promoted this integration with €8.7 billion across three different strategies: cross-border co-operation programmes, transnational co-operation programmes and interregional co-operation programmes. For the next six years, the challenge will be greater with an increased number of eligible countries, but also with a larger budget (€9.6 billion).

Cooperate to train together, each with its own beat

#doingEurope using the CP is also a way to discover an alternative solution related to the limits of the Framework Programmes. This instrument certainly provides a critical point overall for universities in a robust area: competitiveness.

Indeed, both the FPs and their successor, Horizon 2020, are organised in a call that foments competitiveness by submitting a project proposal. In order to be accepted, it is easy to discern, an application is evaluated based on three factors: scientific and technical quality, implementation and impact. The experts are not focused on the territories involved, nor on the consortium, but they do evaluate the project’s properties. It seems quite certain that institutions located in nations and/or regions with an important curriculum and solidity in research will be able to “score” a large number of positive answers. In order to stem this consequence, €340 million was allocated in the FP7 on the Programme Capacities for the “Research potential of Convergence Regions“[4]. Although Horizon 2020 pays special attention to these regions, it is not possible to pass over the quality evaluation of the proposal[5].

Otherwise, the submission of a territorial cooperation project follows a different procedure that keeps in mind the territories involved, the structures of the partnership and of course the quality project. In other words, the evaluation is not strongly focused on the summary or on the application proposal, but also on the characteristics of the partners, structures and CVs that could enrich their territories through cooperation.

This does not mean that this kind of project has no quality, but it does mean that their values are spread across indicators as different as the economic situations of the 274 European Regions that this fund would like to reduce.

About Luca Giocoli: Human hub, communication and cultural manager but especially a #nomadworker with the EU policy mania. My vision and core values #doingEurope.  www.lucagiocoli.com

[2] “EUA’s monitoring of the impact of the economic crisis on public funding for universities in Europe”, European University Association, accessed 28 August 2014. http://www.eua.be/publicfundingobservatory.

20 October 2014 by Luca Giocoli in Funding, Higher Education, Regional Development Comments are off
Tagged with: Cohesion Policy, European Union, Regional Development, Universities
© SIRIS Academic SL - 2015. All Rights Reserved.
This website uses cookies to improve your experience. We'll assume you're ok with this, but you can opt-out if you wish.Accept
Privacy & Cookies Policy