Gender and Research: an introduction to the debate 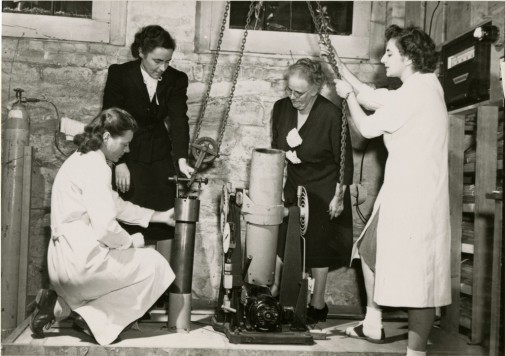 For some time now, awareness has been growing at various responsible institutions regarding the need to implement effective measures to eliminate the differential participation of women and men in R&D&I. Proof of this is the incorporation in recent years of Research programmes specifically aimed at Gender issues as part of the Science policy of the EU and its member countries. These issues present many dimensions referring to women as both a subject of knowledge and agents of knowledge, meaning as integral parts of systems of Research and Science.

Although at times they may seem like a fad, these measures actually respond to a willingness to change a clearly unequal situation regarding both general participation (for example, the European Commission’s triennial She Figures reports on Gender bias[1] and the results of the GENDERA project and access to positions of responsibility in scientific institutions, such as the sadly famous image of scissors in Spain.

Different profiles make up this sector: technicians, researchers, Science managers, etc. Regarding decision-making, which is generally in the hands of researchers, we are talking about individuals that have finished their PhDs, which is a very low proportion of the total population. And yet, in a sector that considers itself at least partially responsible for cutting-edge social thought, we are once again faced with the proverbial glass ceiling[2]. Despite the gradual incorporation of women into academia in the 1970s, inequalities are still evident (see UNESCO’s link to data that are not just European).

There are several reasons for this situation, including the need for a profound generational change that has not taken place with respect to the general problems encountered in balancing work and family life. Therefore, we should ask ourselves: to what does this new Science policy aimed at increasing the number of women in Research truly respond? We believe there are various reasons that may explain the current desire for change.

Behind the issue of equality arises a question of social and ethical rights. There is a desire to help to achieve great social justice by eliminating glass ceilings and giving women the chance for inclusion in scientific work on the same terms as their male colleagues, overcoming the ideological barriers still in place in many spheres. Nevertheless, if we conduct a critical reading of the documentation of one of the most recent campaigns carried out by the European Commission on this subject, Women in Research and Innovation (http://science-girl-thing.eu/en/splash), we may take notice of other motivations that explain the need for a greater number of people devoted to Research in the immediate future (clearly in order to achieve greater competitiveness for Europe compared to other scientific and technological powers). To do so, attempts are being made to give rise to new vocations in female-dominated sectors in order to boost the number of researchers for Horizon 2020[3].

But from our basic point of view, there is another dimension, which is the added value that women may bring to the pursuit of Research. This entails questioning the foundations that have upheld scientific work so far and challenging ‘mainstream Science’. May we speak, as some female researchers have, of a ‘different’ kind of Science? Must we consider the subjective aspects of pursuing a form of Science that is actually ‘more objective’?

In future posts, we will specifically address these and other aspects related to Gender and Research, including the opinions and experience of women working in Science at different levels (fellows, professors, managers, technicians, etc.) and providing analysis on various facets of the situation today.

[1] She Figures 2012: Gender in Research and Innovation. Statistics and Indicators. European Union, 2013.